Are you a dispensable Leader? 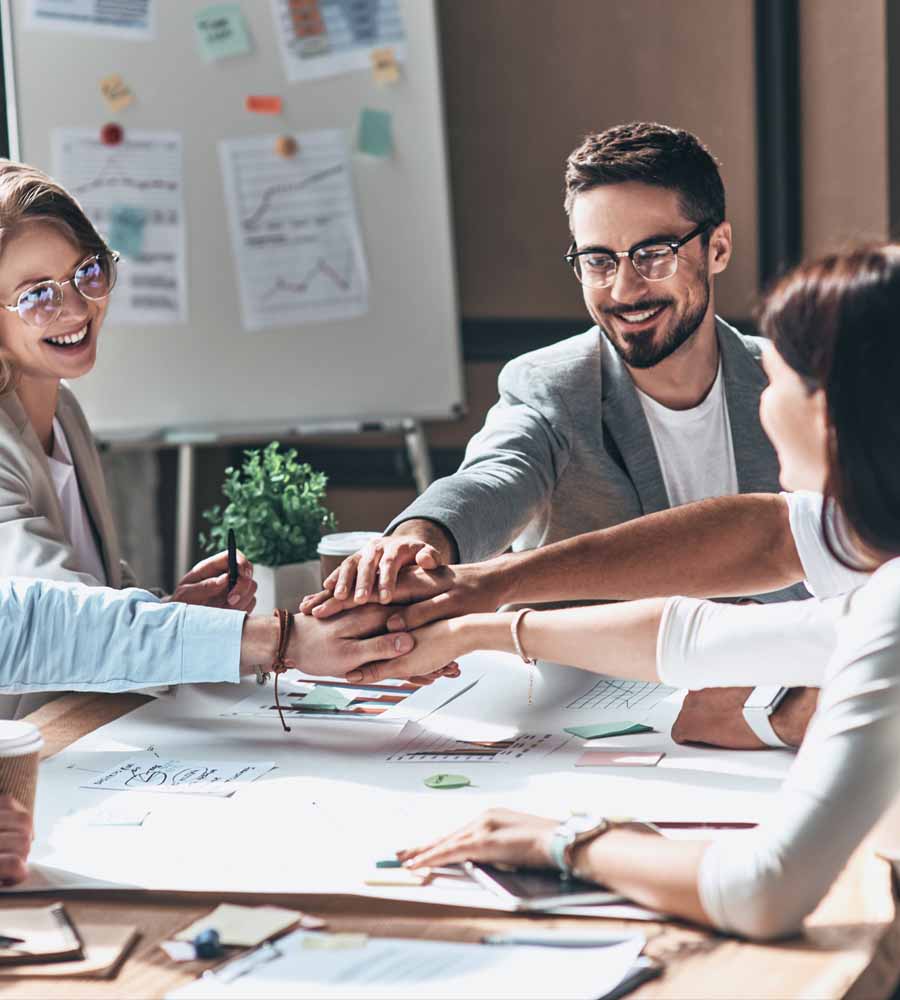 In the book Good to Great: Why Some Companies Make the Leap and Others Don’t, Jim Collins describes a leadership model he calls “a genius with a thousand helpers.” The style describes a leader who is great at what they do, and therefore, they make all the important decisions.[i] Given their experience and knowledge, over the years, they become indispensable for the organisation. Collins goes on to elaborate how such a leadership model, though good to grow an organisation under the watchful eyes of this leader, falls flat once the leader is out of the picture. This is because none of these helpers were supported by the leader to rise above the ranks and become a genius. This brings us to one of the hardest things to do as a leader - to intentionally make oneself dispensable. To be able to let go with confidence, knowing you have honed your team to take care of business. As a fact, all CEOs will eventually leave office. Yet, few are able to make themselves dispensable by putting in place or following a systematic succession planning program.  While 86% of leaders believe leadership succession planning is an “urgent” or “important” priority, only 14% believe they do it well.[ii]

This paper explores what keeps leaders and organizations from cultivating future leadership candidates across business functions. We also discuss how leaders can overcome the challenges to deliberately become redundant and best practices that would help them to create, deliver and monetize ‘renewed’ value.

If your business can’t survive your vacation, you’ve got a bigger problem.”-Jim Moffatt [iii] And he’s right – vacations are in fact a ‘litmus test’ - not just of the leader’s ability to take a break, but of how a team or organisation performs when the leader is not around.

Harvard Business School research concurs this view as the researchers note ‘A leader’s success is unequivocally derived through others. Most effective leaders are self-aware, calculated, inter personally aware and ultimately dispensable.’

Good leaders are those that make themselves dispensable quickly. Leadership agility i.e. the ability to take rapid and effective action amid complexity is in fact a key attribute today given the Volatile, Uncertain, Complex, and Ambiguous (VUCA) world we live in. Leaders that work towards being dispensable often do two things right. First, they identify the key challenges in their role, validate their findings by backing them with data and insights and then establish and execute short and mid-term plans to overcome the challenges. Second, they build enabling ecosystems to simplify operating procedures, strengthen weak links, eliminate bottlenecks, and hone their teams to deliver their best. They do this by overstepping their ego and biases and deliberately nurturing internal talent or hiring people smarter than they are and trusting them with responsibilities. The result: new ideas take shape, opportunities unfold, and business grows. That’s because while their team focuses on managing the operational aspects of business, the dispensable leaders free themselves to work on long-term strategy. Like what would unlock the next level of growth for the business, what trends to capitalize on, and other such aspects.

In contrast, leaders that are indispensable take pride in personally engaging on each project, sometimes to the extent of micromanaging their teams. They often focus on flawless execution, and in the process, create an environment where others are either afraid to take on greater responsibilities or never given the chance. Such leaders often go on to become industry stalwarts who are in the know on everything – the best practices, the market outlook, industry shifts, etc. Naturally, their organisations can’t look beyond them. The result: the organizations run smoothly but in maintenance mode – with little growth or innovation potential. Because the leaders are too focused on the day-to-day to look beyond and drive future strategy. Such organisations, if unable to take note and course-correct early on, end up perishing. Case in point, Blockbuster’s failure and Netflix’s subsequent growth to a billion-dollar media giant.[iv] Blockbuster’s CEO John Antioco, though renowned for his operational acumen,failed to see how media consumption was changing with the emergence of digital.

Why the Leadership Pipeline is Often Broken or Non-existent

In his widely acclaimed book, The Leadership Pipeline, Ram Charan, a world-renowned leadership consultant writes, “Strong leaders at all levels within an organisation are a requisite for business success. Yet the leadership pipeline — the internal architecture for growing leaders—is often broken or non-existent.” This is a serious issue for all organisational leaders at large.  According to Gartner’s 2020 research on the topic, more than one-third of HR leaders report struggling to develop effective senior leaders and 45% struggle to develop effective mid-level leaders.[v] Lack of effective succession planning is leading to a rise in leadership bench instability. To make matters further complicated, the increasing digitization across industries is creating an urgent need for new skills and competencies.

Even as organisations are acutely aware of their under preparedness to ensure leadership growth in the long-term, few can act in time.

That's because in order to create a culture where leaders outgrow their roles and make themselves dispensable requires putting in place a robust succession planning and road map - aspects that are often inconspicuous due to:

· Lack of a clear process: Often, board/management members are not aware of what it takes to put in place a succession plan. Failure to define early on the qualities they need in succession candidates often leads organisations to neglect key traits in the race to fill a vacancy when a leader exits abruptly.

· Without ownership: With out clarity on who should be responsible of driving the succession strategy, the onus often falls squarely on HR. The result: a succession plan that has little alignment to the company's Board of Directors, senior managers and other key functionaries.

· Bias in decisions: Lack of data on leaders’ performance as a derived metric of that of their teams often leads to companies making decisions solely on operational excellence. This leads them towards the indispensable leadership pitfalls. Moreover, personal biases can creep into the process given the lack of access to quality data.

· Threatening/demotivating to current leaders: If not handled well with the right coaching and internal development programs, the existing leaders can take succession planning as a threat as they aren’t often trained to value it.

· Silo-ed process: Often organisations make the mistake of viewing succession planning as a separate activity, when actually it needs to be integrated with performance management,career planning, L&D initiatives, etc.

· Focus on current misses the mark on future: An operationally-driven approach to succession management falls short of accounting for future business needs. Often the HR executives are not the best people to define future roles and business requirements.

Passing the Baton: What it Takes - Both on the leader’s and organisation’s part

Great leaders make it a personal mission to ensure everyone they lead evolves into better versions of themselves.

Here, it’s important that a leader should not expect his team members to be following into his footsteps as no two people have the same strengths and weaknesses. Teaching one’s team the art of decision making is a key aspect in furthering their evolution and two of the best ways to do it are:

· Empowering team members not to be afraid of wrong decisions. Because it’s rarely a matter of ‘if’ and almost always a matter of ‘when’ in terms of encountering failure on one’s personal leadership journey. A wrong step forward is, on most occasions, better than taking no step at all.

· Building self-managing teams where no one should be indispensable, which is not to say that they are not important. Leaders that become dispensable with great agility often do so by preparing their team to handle current as well as future challenges by emphasizing on the larger, not the immediate context. They nurture internally/hire the right people, show them a clear vision and over time, delegate the execution to them completely.

Take for instance, the spice and flavoring giant McCormick & Co. whose CEO back in 2008, Robert Lawless, helped find and prepare the right person as his successor over a span of five years.[vi] Following the internal leadership development route, the company named another star employee to its CEO position in 2016. In a similar internal succession approach, Luxury retailer Barneys New York appointed Daniella Vitale its new CEO in 2017.[vii] She had previously held the title of COO and her predecessor Mark Lee mentored her for years before she was offered the CEO position. As part of her succession plan, Vitale was given ample leadership opportunities, that helped her run nearly every aspect of the business, while also developing a cohesive working relationship with the board.

However, with teams today doing vastly different work than what leaders themselves did in their positions, training their teams with the ultimate goal of becoming dispensable is only getting harder for any leader.

The world of work is now more digital, omni-channel and interconnected than ever before. One-way organisations can support leaders in effectively driving succession planning is by implementing Complementary Leadership - pairing one leader and one or many leader partners to share leadership responsibilities based on complementary skill sets. It not only enables organisations to fill critical skills gaps dynamically at speed, but also drives up to 60% increase in team performance and a 40% increase in leaders’ own performance.[viii] In a unique scale up approach, rarely seen in start-ups, SendGrid, a leading email delivery service company, has  seen two CEO transitions (first in 2011 and then in 2017) to support the starting and scaling up stages that are markedly different.[ix] The management identified early on the different skills that would be needed to evolve from being a start-up to a leading player with several thousand customers and a larger employee base. Their succession strategy focused on filling the skills gaps quickly by bringing in the right expertise on board.

While most leadership programs prove ineffective in improving leadership performance due to lack of uptake, adoption and inability to scale on-demand, the ones that are good involve highly expensive expert resources. At a time when organisations are facing a pressing need to tide over today’s uncertainties and plan for the near to long-term future, lack of effective leadership can prove seriously detrimental. Thankfully, AI has evolved to a level to solve for these challenges – quickly, effectively, and cost-efficiently. AI-driven digital leadership development programs can be customized to every organisation’s specific context, personalized to match every leader’s unique developmental journey, and deliver measurable outcome-based results. These programs leverage a blend of digital and physical experiences to ensure holistic leadership skills development with a high degree of application potential.

Organisations that become early adopters of the right digital technology enablers for their Leadership Development will be better positioned to deliver superior outcomes in the future.

The laggards will only follow suit and compete for the rest of the pie.

Subscribe to our newsletter
Thank you! Your submission has been received!
Oops! Something went wrong while submitting the form.
Featured

Leading in the Flow - The NWORX Lens for Leadership